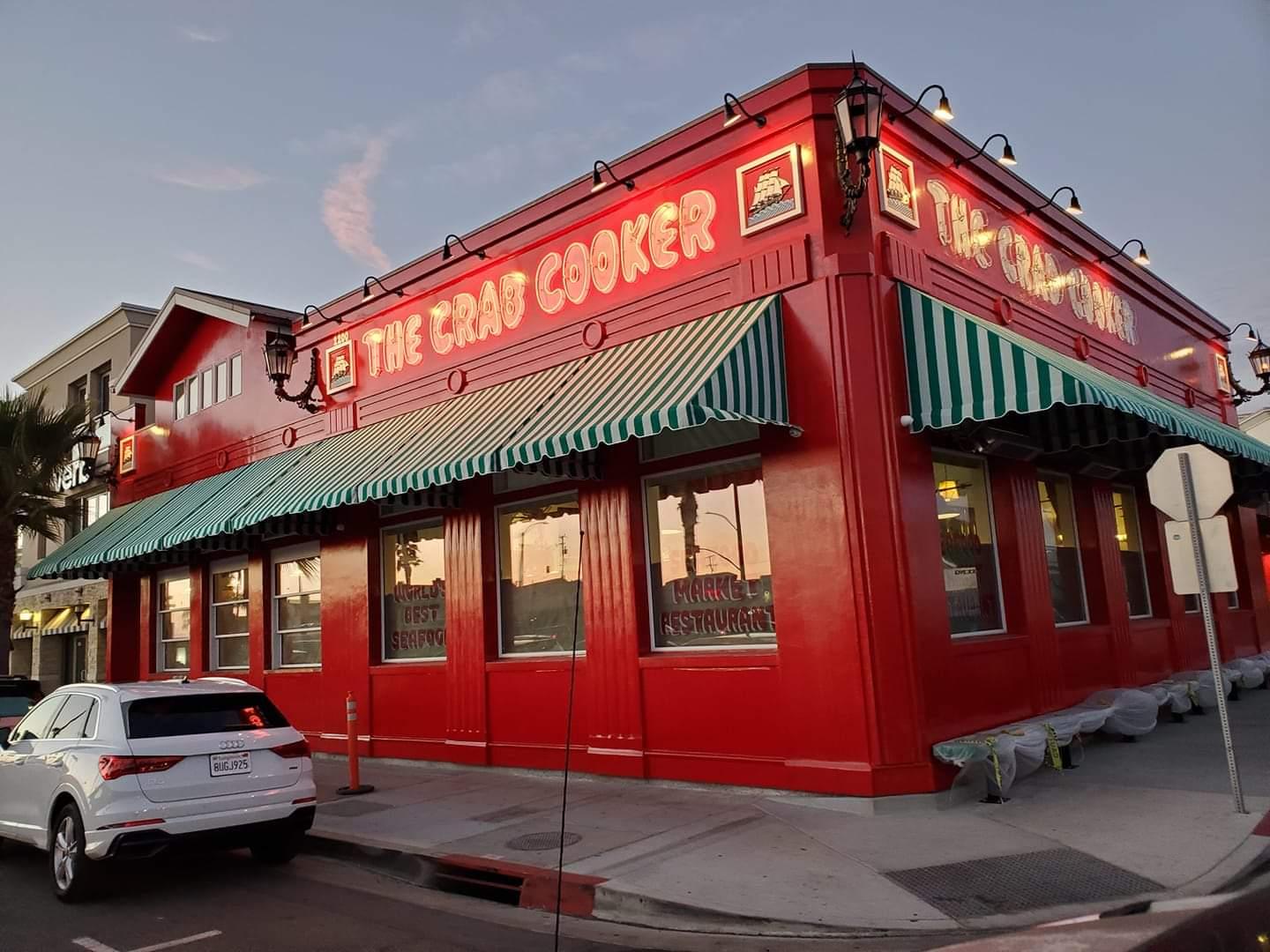 The Crab Cooker has Arrived!

Newporters and seafood lovers can finally rejoice, as the re-opening of the Crab Cooker is finally upon us.  While the opening date is still unofficial according to the establishment, multiple sources have confirmed a tentative opening date of Monday, July 12th.

Yesterday, on July 7th, the Chamber of Commerce did a ribbon-cutting event in the front with all the standard politicians in the front row.  Many of the employees will be getting used to the new environment, including the cooks, so be patient during these first few weeks of their soft opening– and with any soft opening, it may be delayed or cancelled mid-stream due to unforeseen technical problems.

The Crab Cooker originally closed its doors on September 2nd 2018 due to construction workers at the “Vue” nextdoor severely damaging its foundation, then torn down on September 20th, the Crab Cooker had sadly undergone a huge delay in construction, and finally began framing in late January of 2020, just before the pandemic officially began in the US and just a of couple months the government regulations put a substantial hurting on the economy– and restaurants in particular.

We are happy to welcome back this Newport staple to its original plot!

Mike is the founder and publisher of Save Newport and Chair of Government Relations for the Elks Lodge. He writes, shoots photos, and edits, but much of the time, he's just "the IT guy". He can be reached at: Google+, Facebook, or via email, at michael.glenn@devion.com
@Save_Newport
Previous Newport’s 4th of July: Fireworks This Year (And Everything Else to Know)
Next It’s Official: Crab Cooker Opening on Monday