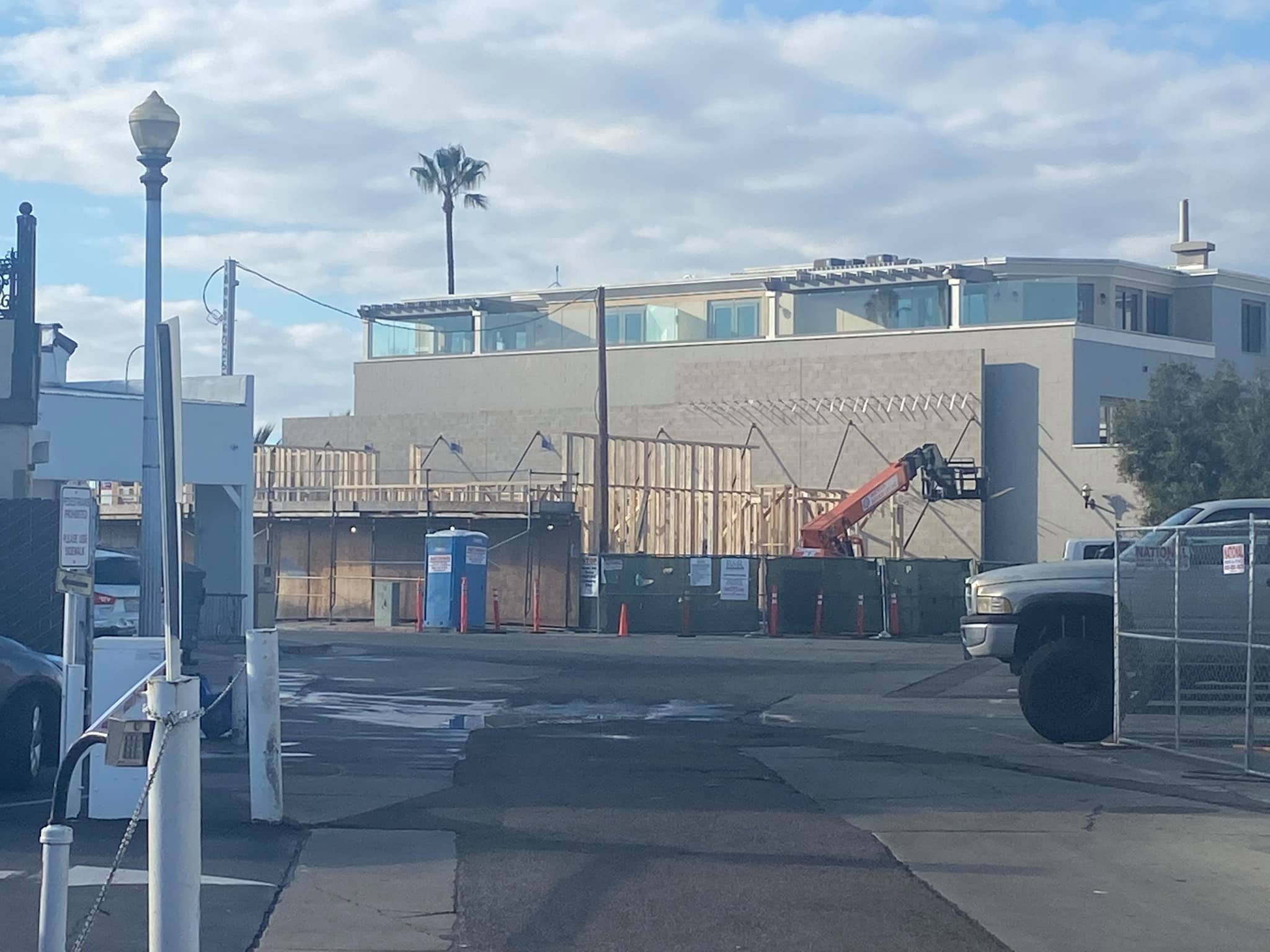 Originally closed on September 2nd 2018 due to construction workers at the “Vue” nextdoor severely damaging its foundation, then torn down on September 20th, the Crab Cooker has sadly undergone a huge delay in construction, mostly due to the pipes not matching where the city said they were.  The slab was laid in late December, and the framing has gone up now, just about 3 weeks later.

So what happens next?  As they finish the first floor of framing, lots of wiring, plumbing, and other minor electrical will be installed into the “sticks”.  The second floor will be added, and the same will happen with that.  Finally, the exterior walls and the interior drywall will be added (after insulation between the 2x4s of course, to shield them from our frigid winter temps!).  Once that is done, all that is left is slapping on the face plates to the wall, painting, and furnishing the place– and of course, opening the doors.

We are very excited to see how the process goes from here!

Mike is the founder and publisher of Save Newport and Chair of Government Relations for the Elks Lodge. He writes, shoots photos, and edits, but much of the time, he's just "the IT guy". He can be reached at: Google+, Facebook, or via email, at michael.glenn@devion.com
@Save_Newport
Previous Infamous “Newport Beach Foundation” Resurrects– Using Your Tax Dollars
Next Kobe Bryant Dies in Helicopter Accident