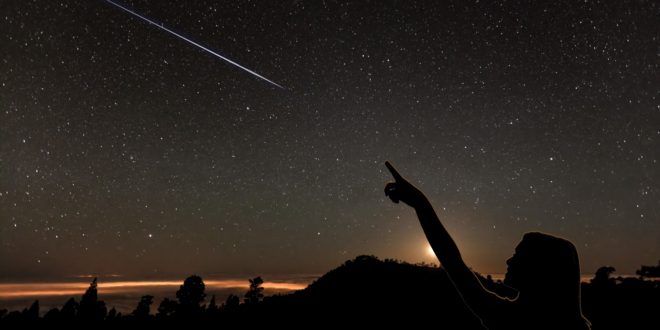 Happy New Year from everyone here at SaveNewport!

TONIGHT is the peak night to watch the Quadrantid meteor shower.   The shower technically began on Dec 28th and will last until Jan 12, but the peak is Saturday night into Sunday morning.

On a rare occasion to be sad about the bright full moon, you can do that tonight, as the moons brightness will wash out all but the brightest of meteors.  Still, there are worse things to do than camping out in a moonlit night! 🙂

First discovered in 1825, the Quadrantids will be the first meteor shower of 2020.

These meteors are leftover pieces of comet 2003 EH1.

When: As usual: The best time to see ANY meteor shower is the hour or two before dawn. Try between midnight-2am for some great results without losing *too* much sleep!  You may also be able to catch some of these beforehand as spectacular “Earth Grazers”, beginning at about 9pm PST. 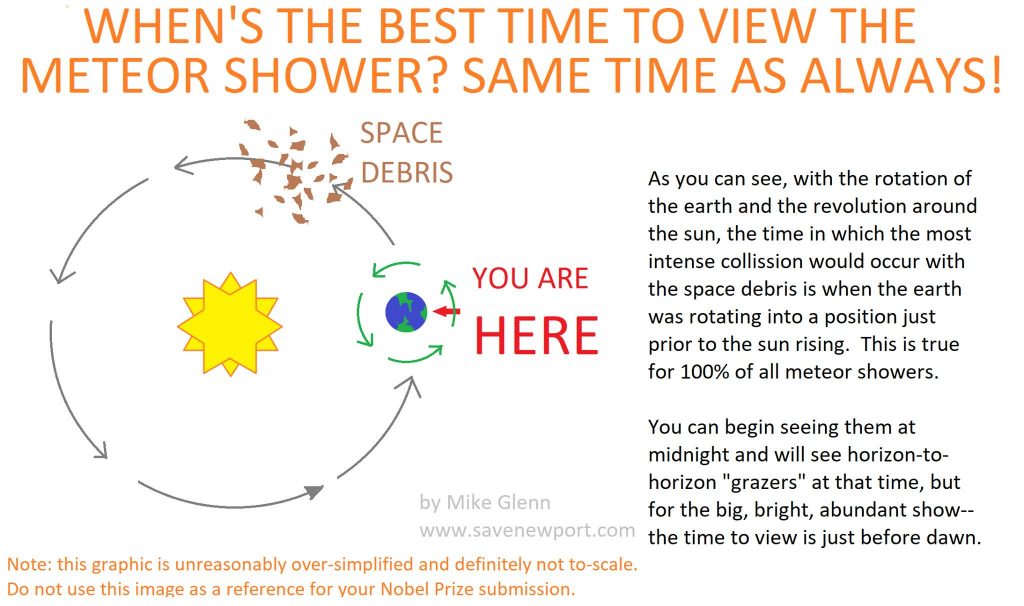 Where: If you can, get as high up as possible to sit above the light and air pollution to get the best sights.  Top Of The World in Laguna Beach offers spectacular views, assuming cooperation from the clouds.  View the night sky forecast, here: http://www.cleardarksky.com/c/IvRgPkCAkey.html

Editor’s note: If you snap a great picture of the meteor shower and would like to send it in, you can post it in the comments. We just might feature it in a photo gallery or story!

Mike is the founder and publisher of Save Newport and Chair of Government Relations for the Elks Lodge. He writes, shoots photos, and edits, but much of the time, he's just "the IT guy". He can be reached at: Google+, Facebook, or via email, at michael.glenn@devion.com
@Save_Newport
Previous Merry Christmas from the Entire SaveNewport Team!
Next Can The Police Help With Newport’s Homeless Population Explosion?