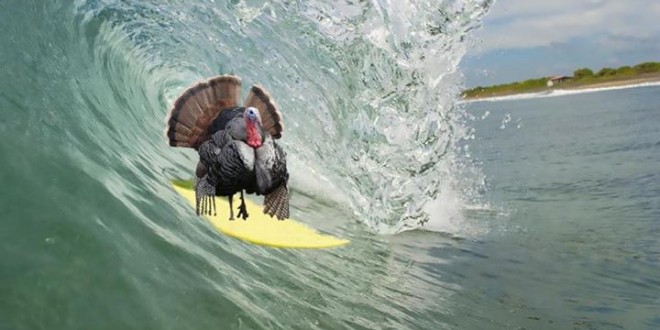 Happy Thanksgiving to You!!!

A young man named John received a parrot as a gift. The parrot had a bad attitude and an even worse vocabulary. Every word out of the bird’s mouth was rude, obnoxious and laced with profanity.

John tried and tried to change the bird’s attitude by consistently saying only polite words, playing soft music and anything else he could think of to ‘clean up’ the bird’s vocabulary.

Finally, John was fed up and he yelled at the parrot. The parrot yelled back. John became enraged, snatching at the parrot, but the parrot got angrier and even more rude. John, in desperation, threw up his hands and put him in the freezer.

For a few minutes the parrot squawked and kicked and screamed. Then suddenly there was total quiet. Not a peep was heard for over a minute.

Fearing that he’d seriously hurt the parrot, John quickly opened the freezer. The parrot calmly stepped out onto John’s outstretched arm and said;

“I believe I may have offended you with my rude language and actions. I’m sincerely remorseful for my inappropriate transgressions and I fully intend to do everything I can to correct my rude and unforgivable behavior.”

John was stunned at the change in the bird’s attitude.

As he was about to ask the parrot what had made such a dramatic change in his behavior, the bird spoke-up, very softly;

“May I ask what the turkey did?”
—-
Happy Thanksgiving!!

Mike is the founder and publisher of Save Newport and Chair of Government Relations for the Elks Lodge. He writes, shoots photos, and edits, but much of the time, he's just "the IT guy". He can be reached at: Google+, Facebook, or via email, at michael.glenn@devion.com
@Save_Newport
Previous It’s Official: The Boat Parade is Happening!
Next Who is Open for Thanksgiving? These Establishments Are!