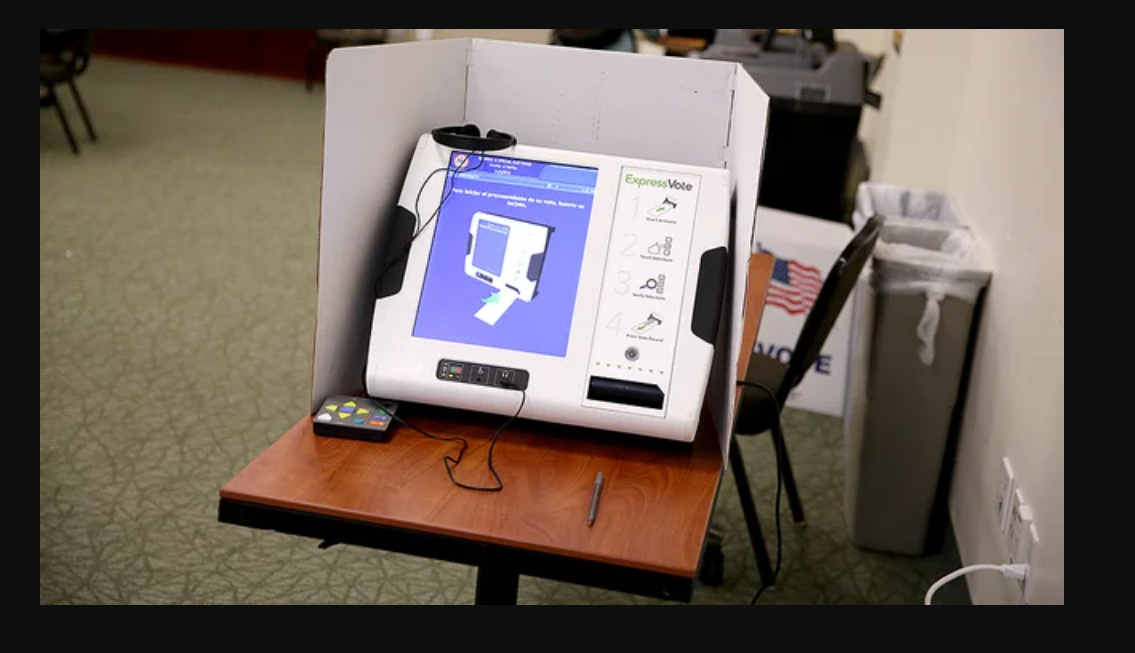 This morning, the rhetoric increased in the presidential race, with Donald Trump accusing an oddly-named electronic voting machine company called “Dominion” of deleting 2.7 million votes for him, nationwide, alleging “treasonous” activities had occurred.

There is– so far– very little digestible evidence to prove this case, meaning this has two possible outcomes:

As many people remember, the “popular vote” does not elect presidents (and has been compared to winning “Best Dressed” in a marathon).  It merely elects the members of the Electoral College who vote for president.  The Electoral College– as established in Article II, Section 1, Clause 2 of the U.S. Constitution– allows state legislatures (not citizens) to select their Electors:

“Each State shall appoint, in such Manner as the Legislature thereof may direct, a Number of Electors, equal to the whole Number of Senators and Representatives to which the State may be entitled in the Congress: but no Senator or Representative, or Person holding an Office of Trust or Profit under the United States, shall be appointed an Elector.”

Today, all individual state legislatures have licensed the power to select Electors to the people– but the people *do not* vote for president.  That is not Constitutionally authorized.  They vote for *electors*, and their vote for electors is only given to them by the legislature of the state they live in, not by Congress or the Constitution.  It is– quite literally– not a “right” to vote for president, or even to vote for their electors.  This is why “faithless electors“– or Electoral College members who vote for a candidate contrary to the one the party endorses– are still legal.

It is worth considering that whichever party brings the most Electors to the table on Dec 14th, there could be faithless electors which would upset this process– just like two of them did in 2016.  When we printed earlier this week that this election is not over yet, we did mean that in the most literal and most Constitutional sense possible.  Loud voices proclaiming the race is over before the votes have even happened in a year such as 2020 are nothing but inaccurate, at best.  Loud media proclamations of who is to be the next president is simply not how the Constitution works.

Until the electors vote, the only thing they are operating off of is pure speculation.

Remember the following:
– We don’t vote for president.  We vote for the electors.
– Electors votes by the public are mere suggestions for the legislative body, and they can appoint anyone they want, as per the Constitution and as per the 2000 election ruling by SCOTUS. (section 104 B)
– Regardless of how they are appointed, Electors are free to vote however they choose for president.

There are a lot of variables still at play here, and with as unique as the year 2020 has been for governments and citizens throughout the US, let’s not do even more harm to our nation by pretending that this unique election in this unique year with unique candidates is over– let’s at least wait until the vote is done.

DISCLAIMER due to the nationwide emotional intensity of this election: This writer did not vote for either Trump or Biden, has no dog in this fight, and seeks only to guide a sense of Constitutional normalcy in a year which has been anything but Constitutionally normal.

Mike is the founder and publisher of Save Newport and Chair of Government Relations for the Elks Lodge. He writes, shoots photos, and edits, but much of the time, he's just "the IT guy". He can be reached at: Google+, Facebook, or via email, at michael.glenn@devion.com
@Save_Newport
Previous Circle K on Balboa Blvd & PCH Closes
Next Magician Gives Free Show to Honor Restaurant Industry Workers