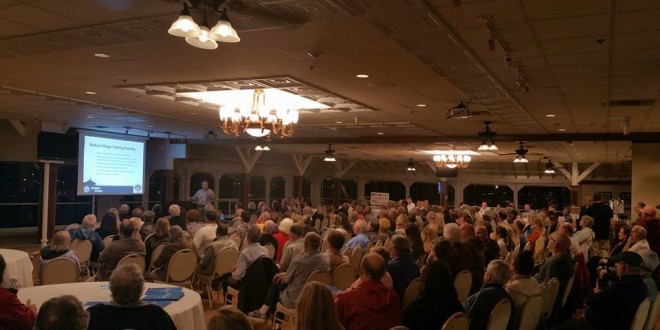 For eons, parking on the beach has been packed.  Unsurprisingly, that’s because everyone wants to visit where we live.

As a solution, some residents wanted to create a parking program.  As a pile-on, the old ExplorOcean wanted to jump on-board with this to validate their 3-story parking garage idea.

The government managed to take both of these ideas and pick only the worst parts to create.

They wanted to create a pay-for-parking-pass which wouldn’t allow visitor passes and would only take effect in the evenings, when parking isn’t actually a problem.

This made nobody happy.

But that didn’t stop them from surveying the area eleven times over the last few years, spending hundreds of thousands of dollars for walkers, flyers, mailers, and forums to “poll the public”.

Finally, it took a political season and a flyer (dumpdixon.com) to push the issue into the trashcan where it belonged.

So if you live in the Balboa area, you can rest easy knowing that you won’t need to pay for parking meters, parking passes, or beg the government to allow you to have visitors park near your house.

The following parking concession letter was mailed to home owners and renters this week: Congratulations to the citizens of Balboa.  Despite the onslaught of money, polls, surveys, and surveyors brought on by yet another terrible idea by Dixon, you have held on to having free parking on the road, which you deserve– and already pay for– as a taxpayer.

Mike is the founder and publisher of Save Newport and Chair of Government Relations for the Elks Lodge. He writes, shoots photos, and edits, but much of the time, he's just "the IT guy". He can be reached at: Google+, Facebook, or via email, at michael.glenn@devion.com
@Save_Newport
Previous Crab Cooker Torn Down
Next Is the Crime in Newport Really at its “Lowest Ever”?