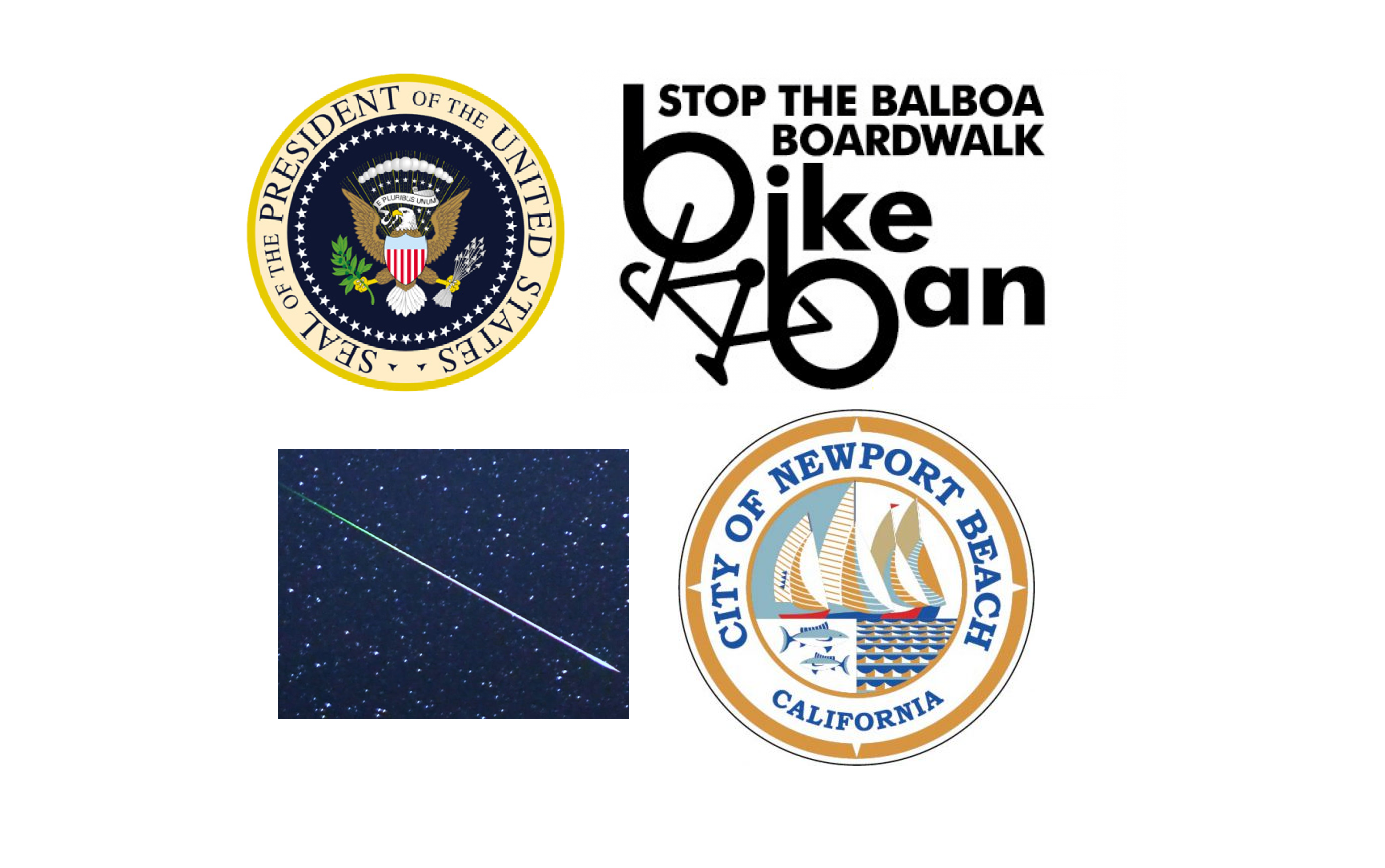 This weekend, Trump visited the Newport Beach home of Oculus co-founder and billionaire Lido Isle resident, Palmer Luckey.  A “Mega MAGA Boat Parade” was launched, but the secret service enlisted local authorities to keep significant distance from the house– at least four rooftop snipers included.  The Beach Boys played– minus Brian Wilson.  Streets, sidewalks, and the harbor were overflowing in all directions.   Trump reportedly picked up a cool $12 million from the event, and jetted off to Reno.

We would like to extend our sincere apologies for getting the date incorrect on our last Bike Ban post.  The meeting did not occur at the Tuesday council meeting, but Mayor Will O’Neill assured us that making the boardwalk pedestrian-only was most certainly coming back for a vote soon.  We will let you know as soon as that occurs.  We recommend speaking at each council meeting with your opinions on this ban until it comes up for a vote.  You can also email council at citycouncil@newportbeachca.gov to tell them what you think.  It is worth noting that Mayor Will O’Neill– while speaking for the city and its routines– has given zero indication of his support to the Bike Ban, so don’t take this particular item out on him.

It is our understanding that some of these four members are outright lying to the public and saying that there is no bike ban coming.  Here it in their own words, here: https://www.youtube.com/watch?v=I8Ufd2XCM18

Finally, one of the cooler meteor showers of the week is happening now, and will peak in a few days.  Get out just before dawn if you’d like to catch a few, but we will do a full report on that, and its peak date of 30/hr, on tomorrow’s edition 🙂

Mike is the founder and publisher of Save Newport and Chair of Government Relations for the Elks Lodge. He writes, shoots photos, and edits, but much of the time, he's just "the IT guy". He can be reached at: Google+, Facebook, or via email, at michael.glenn@devion.com
@Save_Newport
Previous Trump Visiting, Trump “Mega MAGA” Boat Parade, Trump Fundraiser on Lido, Beach Boys Playing at the Turning Basin(?)
Next Orionids Meteor Shower Peaks Tonight Through Thursday