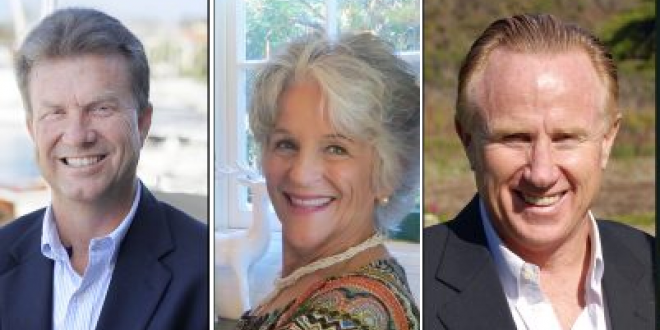 As everyone knows, Councilman Scott Peotter has been up against a recall recently.  It all started about two years ago when he got very vocal about his outdated opposition to gay marriage.  Since his election, he has joined Councilwoman Diane Dixon on a number of controversial items including implementing a plan which got rid of the exact same number of fire rings as the previous council proposed (not “saving the fire rings”), AFFIRMING (not stopping) the Dock Tax, and while grabbing headlines for his promises to bring Dog Beach to a vote, wound up doing no such thing.

Anyway, last Thursday 10,688 signatures were turned in where only 8,445 were required.

Councilman Scott Peotter was not sitting on his hands, either, and came up with 1,783 signatures to rescind their vote to recall him.  These were largely untargeted signature drives, and I expect we’ll see less than 20% who signed both.  But for the sake of fun, let’s run the “extreme” numbers.  If ALL of Peotters signatures match up, that still leaves 8,905 signatures for the recall petition– more than the 8,445 that are required to qualify.

The rejection rate on signatures is about 20% due to one of the following reasons:

Peotter’s crazy comments on gay marriage and his general carelessness towards others are what really kickstarted this recall petition, but according to many emails flying around, it was him joining up with Dixon that really pushed this over the edge.

The Registrar of Voters is now set to verify every single signature inside of the next thirty working days (this excludes holidays and weekends).  If there are a sufficient number of valid signatures, then the next city councilmeeting the City Clerk will announce a date for a vote on the recall.  This puts Dec 12th as the likely announcement date.

A recall election is structured differently than a normal election, and destroys the typical “power of incumbency”, because the ballot will have two subsets of questions: 1) Do you want to recall Scott Peotter?, and 2) If you do, which of the following candidates do you support?

If more than half of the people vote to recall Peotter (which in a recall election, they surely will), then he is gone.  Then, the most popular vote of the other candidates gets his seat.

However, if the recall fails, Peotter will emerge as a seemingly untouchable figure in local politics and take all the money and power that comes along with that– a very dangerous spot to have a politician be in.

A recall election has never been done before in Newport Beach, and if this is successful it will send a powerful message to councilpeople that “this can happen to them”– which is exactly what we need our government to know.

So far, the people interested in running for his seat include Mike Toerge, a former city planning commissioner who already ran against Peotter in 2014, and Joy Brenner, a Newport Beach local who is pretty much loved by everyone who has ever met her.  This should be an interesting race to watch unfurl!

Mike is the founder and publisher of Save Newport and Chair of Government Relations for the Elks Lodge. He writes, shoots photos, and edits, but much of the time, he's just "the IT guy". He can be reached at: Google+, Facebook, or via email, at michael.glenn@devion.com
@Save_Newport
Previous Happy Halloween!!
Next Don’t Forget: “Fall Back” Sunday!