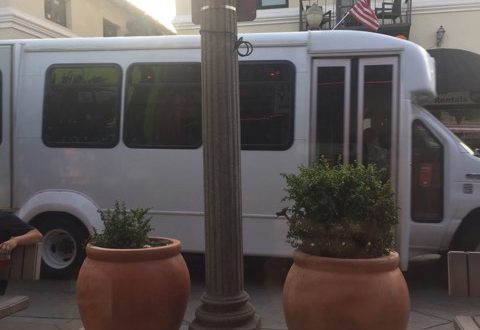 On the week of July 4th, I received an email from Councilwoman Diane Dixon about the trolley, attempting to taunt me with its “success” at extracting more riders from the free market than anticipated.

Her email is here: Mail – Trolley

She basically just said that they were receiving twice the amount of riders than anticipated.

I wrote this back:

That is superb!  Assuming that the US DOT numbers of 2.1 riders per car (for recreation) are not low for California and crowded areas (they are) this would mean that this weekend alone, we took 1,061 car trips off the road!

Now the main question for the pro-bus team is whether or not the busses are running on time, or if they are adding to congestion.  If they are causing problems (hint: they are) or not running on time (hint: they aren’t) then this number gets thrown out the window (hint: it does).  Sadly, the numbers average out to put the busses at just under 2 people per trip per person, meaning that we are replacing a car with 2.1 riders with a bus with less than 2 riders.  So this idea actually adds traffic to the peninsula

Additionally, the busses cannot navigate in or out of traffic as well as a car can, so this idea actually adds not just traffic, but disproportionate congestion to the peninsula

The carbon footprint of a bus vs a car is tremendously different, so this idea actually pollutes more than the free market

The question for the pro-free-market team is what has this cost businesses in the area?  I think we can reasonably assume that 80% of these travelers are not using public parking (since 20% are, according to staff) and therefore AT MINUMUM 80% of people would have travelled these same distances in, say, Uber.  Since a non-surge-ride in Uber (hint: being generous to the pro-bus team) is about $7 for the length of the ride (and can hold 4 people, but we’ll use the 2.1 average as before) then 2,229 riders, then this bus program has stolen $15,603 from free markets and local drivers this weekend alone—and that’s before we even get into the per-day cost of running this idea.

However, I am not one to judge without trying, so yesterday I took the bus from its stop on Island Ave to a restaurant by the split on Balboa.  The bus took one full hour to make the journey, and I wound up de-boarding at 7/11 and walking the next two stops because the bus was incapable of navigating in and out of traffic for its stops, and we spent nearly 5 minutes on average moving per-block.

A good thing though: You are doing something fantastic for the homeless community.  I haven’t seen so many homeless people enjoying the Air Conditioning during a hot summer day on the government’s dime… ever!

A legacy is born. #homelessbus

Now that last part may have been a little insensitive on my part.  Everyone who knows me knows the extensive efforts I have put in to help the homeless, and Newport definitely has a homeless problem which should not be made light of, but we should also not be spending $250,000 per year to house them for just 22 partial days.  With an average bedroom cost of $1,500/mo, $250,000 per year could rent 13 bedrooms at market rates to help the homeless– year round.  Note, I am not advocating for this (I am sure there are far better plans), I am just illustrating the spend vs reward.  We should not be spending a quarter-million-dollars to provide temporary shelter for 22 days per year.  But that’s the only thing that this bus is doing that is a net-positive return.

But how long will these busses last us, anyway?  Apparently, 8 days is as much as they could handle.  Here are a couple of shots of a new replacement bus, already:

Unfortunately, the Americans with Disabilities Act was completely neglected when pitching the bus idea, and the city will now be holding meetings on how to make this more available, as well: https://newportbeach.legistar.com/View.ashx?M=F&ID=5247964&GUID=3C3FC771-7840-449F-8D1F-7641AA0F413F

Don’t like this?  Write citycouncil@newportbeachca.gov and tell them so!

Mike is the founder and publisher of Save Newport and Chair of Government Relations for the Elks Lodge. He writes, shoots photos, and edits, but much of the time, he's just "the IT guy". He can be reached at: Google+, Facebook, or via email, at michael.glenn@devion.com
@Save_Newport
Previous Throwback Thursday: Who the heck was Finley?
Next West Nile Virus Mosquitoes Confirmed in Costa Mesa