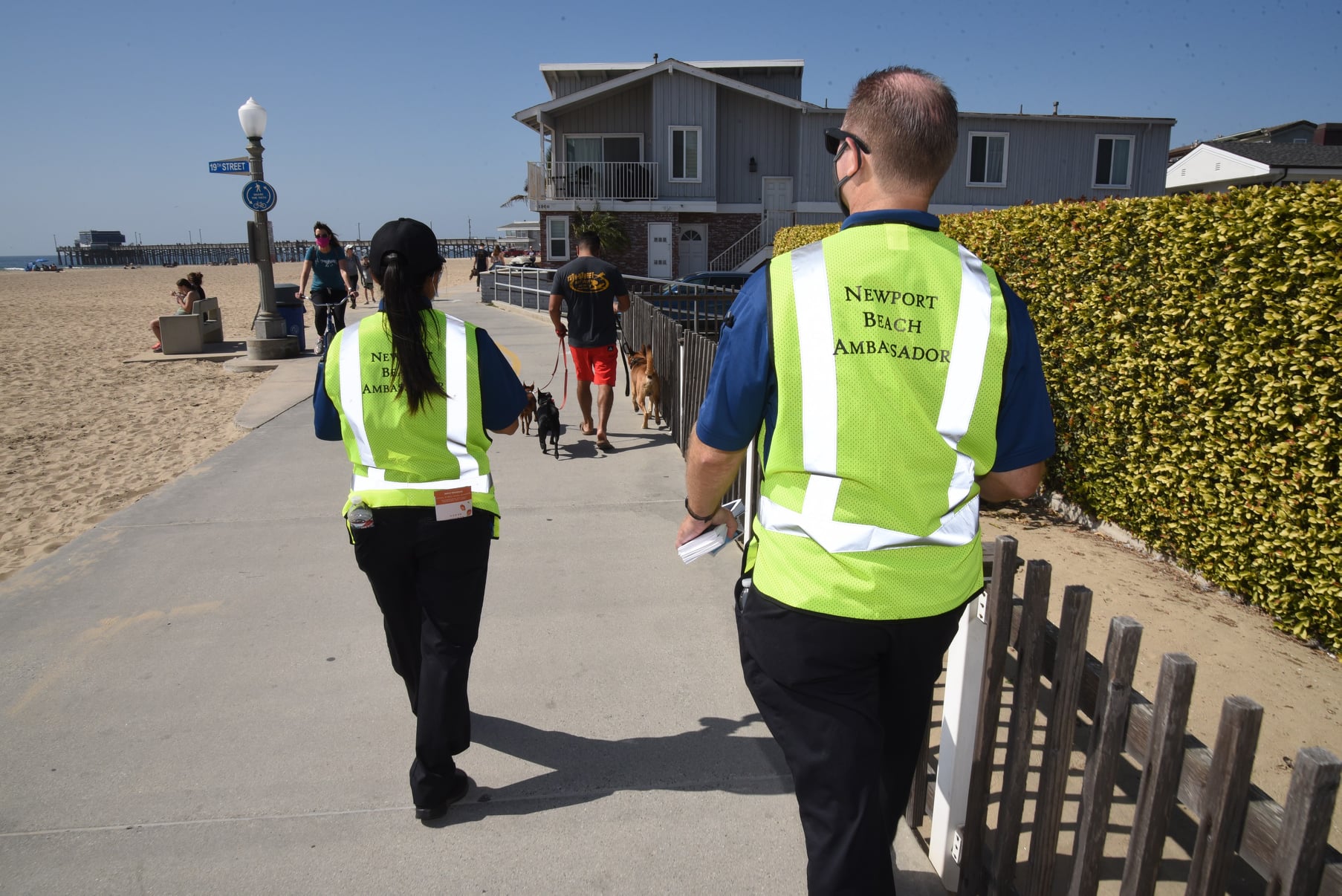 After a dizzying array votes by Council to continually-reject increasing policing during the lowest-crime years on record, the City Manager has bypassed all city council votes and all public input, and has hired new contractors on the boardwalk by her own decree alone, rather than a vote which citizens– or even councilpeople– were able to vote on or have any input on.  The person who continually pushed for this program– and who was routinely shot down was Councilwoman Diane Dixon, and presumably, she was the one who pressured the City Manager into going behind the backs of her bosses to enact this program, contrary to the public council votes.

In an action that shocked even sitting councilpeople, City Manager Grace Leung (who the city pays out about $400,000 annually for) bypassed our elected officials– and her own bosses– to sign contracts with a company known only as “CSC” to create from-nothing a program called “Boardwalk Ambassadors”, essentially negating all prior city council votes to not pursue such a program.

While the city has not been transparent about the contracts with the company to create these “Ambassadors”, the city states on social media posts that they are tasked to “improve the quality of life for residents and enhance visitors’ experience on the Peninsula by ensuring compliance with City municipal codes and Oceanfront Boardwalk safety rules.”

The problem here is that the Ambassadors have no enforcement capability.  They are not allowed to stop you to talk to you, they cannot write tickets, and they cannot enforce any laws, write any citations, or otherwise ensure compliance with any City municipal codes or Oceanfront Boardwalk safety rules.  They are simply private citizens who are wearing a high-visibility vest, which are available on Amazon to anyone for just $3.69/each — something the city almost assuredly paid far more for.

So how did City Manager Leung sneak around city council?  According to the positively un-democratic “Authority to Contract” council policy in Newport Beach, a Newport Beach City Manager can quite literally do anything they choose to do and sign any binding contract they wish– not only without a vote, but without so much as even consulting City Council, done behind closed doors with zero transparency, with no notice to taxpayers, and with no public input.  Each of these actions can carry up to a $120,000 price tag for tax payers (see document here), and are fully at the discretion of the City Manager.

With that much power, one must ask why we even have a city council to begin with.

So what are the details?  City Manager Leung has hired not one, not two, but four of these private citizens to walk up and down the boardwalk on the taxpayer dime.  They will be deployed in two teams of two ambassadors each, mostly on Saturdays and Sundays between 10 a.m. and 6 p.m., but more often during holidays and the summertime, according to the city.

If one of these private citizens tries to stop you, do you have to do to comply?  No.  Even stopping to talk to them is entirely optional, just as it is with any other private citizen.

As the city continues full-steam-ahead down a budgetary hole of mathematically-indisputable insolvency with over a billion dollars in debt and unfunded liabilities, actions like these from the City Manager– who also closed the beaches without City Council votes– are not likely to sit well with her bosses.  While there has been no discussion or rumor of this type of vote yet, one can only expect that the back-dealing behavior to overturn multiple votes will not sit well with councilmembers– other than the one who was pushing this deal behind the scenes, of course.

SaveNewport has filed a Public Document Request Act filed with the city to obtain the emails, contracts, and history of this program.   If it turns out that a councilmember was communicating with City Staff outside of scheduled and open Council Meetings, this could wind up in a very serious situation for all involved.  We will be doing a follow-up story on this as soon as the Public Document Request is fulfilled.

Until then, be safe, and hold on tight to your pocketbooks.

Mike is the founder and publisher of Save Newport and Chair of Government Relations for the Elks Lodge. He writes, shoots photos, and edits, but much of the time, he's just "the IT guy". He can be reached at: Google+, Facebook, or via email, at michael.glenn@devion.com
@Save_Newport
Previous Tomorrow is Election Day for Orange County Board of Supervisors
Next Foley Wins Election for Board of Supervisors District 2