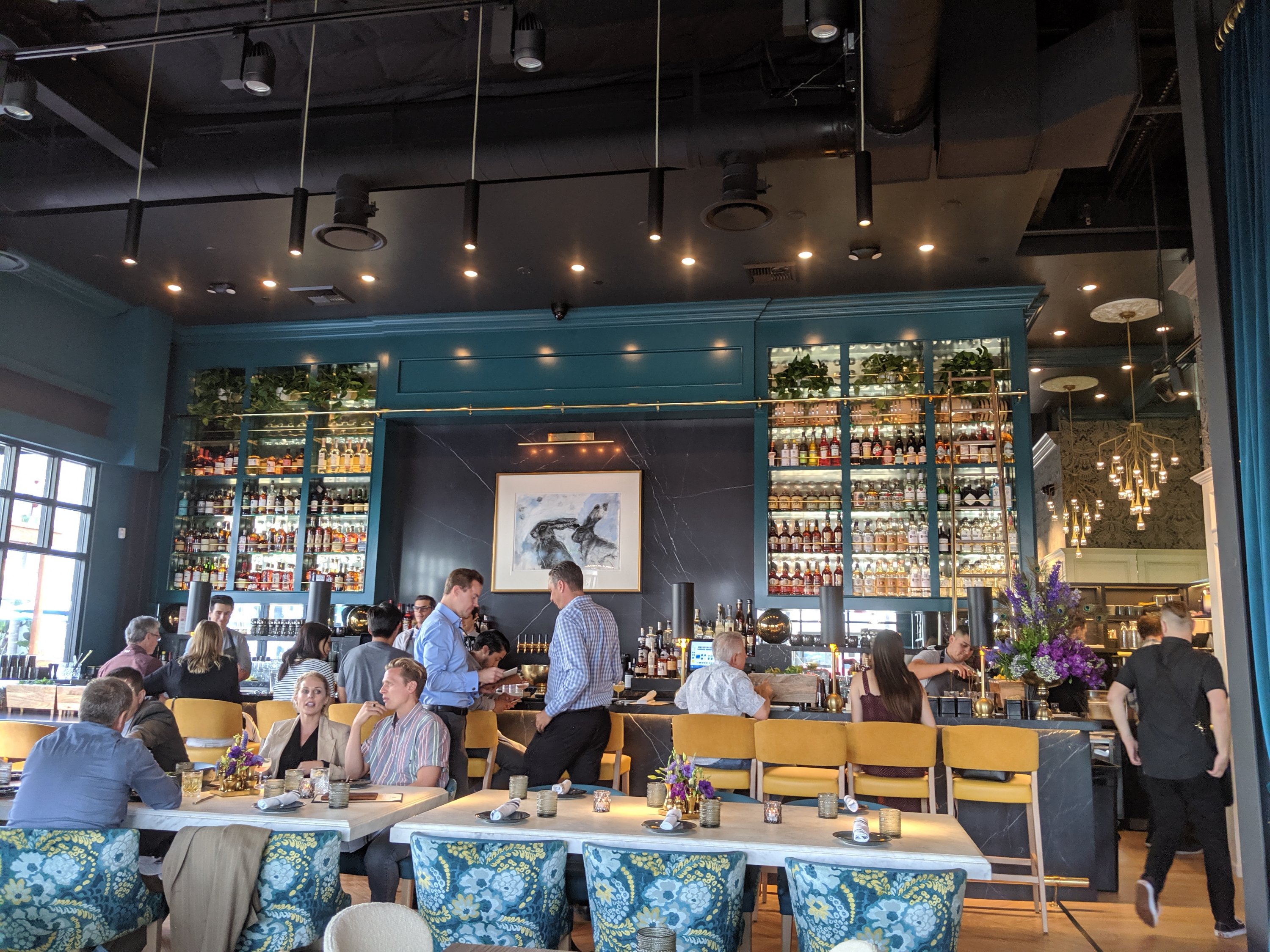 When out on a boat ride with some friends last week, I had the opportunity to visit “Fable & Spirit” during their opening day, right next door to Bear Flag on Balboa Peninsula (near the Lido Theater), at 3441 Via Lido.  I’ve come to appreciate the effort put into opening days at various restaurants, but also come to expect a few glitches.

Glitches was far from the case with Fable and Spirit.  Everything rolled smoothly, the food was spectacular (best brussel sprouts I’ve ever had), amazing fish, bacon cuts, and a bourbon called “Few” that was superb.  The service was prompt, quick, and without a hitch.  The owner, Darren Coyle, came by to each table to make sure things were great, and everything was.  His conversation was natural and didn’t feel “forced”, like a highschool friend you’ve known for years but just haven’t seen often because you’re both too busy.  Plus, he’s got an Irish accent, and who doesn’t feel at home with one of those?  He has opened a few other establishments a bit south of us (“Dublin 4 Gastropub” and “Wineworks 4 Everyone”), but the one right here at home is fantastic enough for me!

In addition to the owner being present, aware, and engaged– this is a family affair.  His son was working behind the bar and his daughter was working the tables in the front.  It was evident that this was a project of true passion, and the food was a reflection of precisely that.

Yes, this is on the pricier side of food, but what you are getting is no McDonalds, either (no offence to their french fries).  In an area where people pay an eye-popping $24 for a tasteless margarita right around the corner at an other establishment, the prices here are downright reasonable– and the food, service, and environment is fantastic.

Also: Did I mention that the food, service, and environment is fantastic?

This little hideaway tucked into the corner behind a theater is a can’t-miss establishment. You’ll need to know where to look– but honestly, that’s part of the charm, too. Mike is the founder and publisher of Save Newport and Chair of Government Relations for the Elks Lodge. He writes, shoots photos, and edits, but much of the time, he's just "the IT guy". He can be reached at: Google+, Facebook, or via email, at michael.glenn@devion.com
@Save_Newport
Previous Newport Passes Ordinance to Make Construction Take Longer
Next Wedge Lifeguard Station Lost to Arson