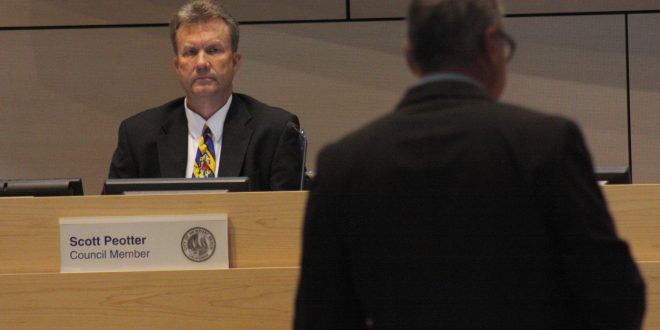 First, last night in Newport Council Chambers, Duffy Duffield was elected to succeed Kevin Muldoon as mayor, and Will O’Neill was elected to Mayor Pro Tem (basically a vice-mayor).  Congrats to them!

Now, in news that shocked nearly everyone, the Scott Peotter recall– which filed recall paperwork on Nov 2nd— fell short by 106 signatures from the required 8,445, showing a rejection rate by the County of about 22%.  86 of those signatures were labeled as “Duplicates” and 2,357 were declared “invalid”– this is likely due to signatures which did not match what the County had on file (if your signature doesn’t match what’s on the back of your driver license, then it gets rejected).

I spoke with Peotter about his victory and he said that what he appreciated most was knowing who his friends were– those who stuck by him through the thick and thin.

I spoke with someone from the recall committee, and asked whether or not they were planning on reviewing or contesting any of the signatures.  If they can find one in 22.23 which are contestable and valid, the council meeting in January would reverse this decision by the county, and announce that the recall was “on”– last night my source at the recall committee stressed that they were still discussing options and that no decisions had yet been made, but this morning I heard that they will be pursuing this method.

Whether or not they can come up with the correct number before the January meeting will determine whether or not this is a special election or if it will be placed into the 2018 Primary Election.  A special election virtually guarantees a Peotter recall, but a Primary Election sets forth a potentially nasty fight as Peotter will have the Power of Incumbency on his side with people who aren’t simply showing up for a “Peotter Recall” vote.

This is the first time on record that a Newport Beach City Councilperson has faced the possibility of a recall campaign, and what a case it has been to follow!  Tons of rules that needed to be sorted out and followed, and in the end– we aren’t even sure if it’s the end yet or not.

Now that the recall is over– at least officially– I expect that the gloves will come off for both sides.  Peotter will doubtlessly coast to victory in a November election if this recall is not contested.

An interesting alternative path forward that I have talked about– and others seem to be getting excited now– is to initiate District Based Elections for future elections, thereby eliminating the oft-cited “problem” with Peotter’s election (he won citywide but lost his district to someone else).  We shall see if that is in the cards in the future– but until then, this recall petition is not quite over yet– despite the current official ruling.

Mike is the founder and publisher of Save Newport and Chair of Government Relations for the Elks Lodge. He writes, shoots photos, and edits, but much of the time, he's just "the IT guy". He can be reached at: Google+, Facebook, or via email, at michael.glenn@devion.com
@Save_Newport
Previous Geminid’s Meteor Shower Peaks — Best Show of the Year!
Next Taco Bell Cantina Opens on Balboa Peninsula