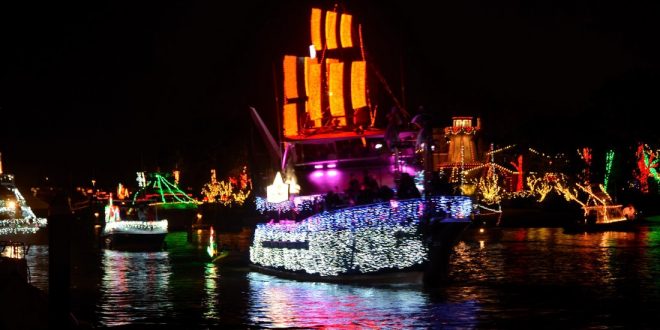 It’s time for the 109th Christmas Boat Parade!  Starting on Wednesday, December 13th through Sunday, December 17th. With fireworks on the first and last days.

PLEASE TAKE NOTE for those who throw Boat Parade Parties, this year will have significant changes to the schedule, and in some cases could delay your viewing time by hours.  Instead of beginning at Bay Island as has been tradition for so many years, the boat parade this year will be beginning at Lido Isle, as the intent is to promote the $40m Marina Park Project, which has been wildly   under-preforming.

For those planning to travel on the Balboa Peninsula, please consider carpooling, Ubers, biking, and/or arriving early, as traffic and parking are always problematic for this event.

Here are the schedules to plan your parking around:

A photo schedule of each route and when the boat parade will be meeting each point around the bay is here: Mike is the founder and publisher of Save Newport and Chair of Government Relations for the Elks Lodge. He writes, shoots photos, and edits, but much of the time, he's just "the IT guy". He can be reached at: Google+, Facebook, or via email, at michael.glenn@devion.com
@Save_Newport
Previous CdM Christmas Walk Sunday!
Next Throwback: Queen Mary’s Final Voyage