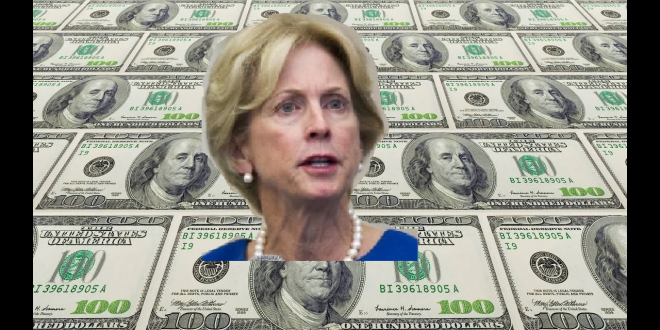 Diane Dixon is scheduled to do a Damage Control Tour over the next few weeks.  Being the only candidate who is actually somehow negative in her fundraising totals after years of being in office, she is holding “Question and Answer” fundraising events throughout the city.  I will be the first to admit that Dixon comes off as a decent person when you meet her.  She smiles, talks softly, and seems to listen attentively.  Unfortunately, you can’t trust anything that she tells you, as she has been proven to lie repeatedly to save face in even the smallest types of accounts, and has gotten the city sued at least once for slandering activists from the dais and refusing to correct the record by telling the truth or even so much as apologize for her horrendous actions (which would have saved the city from at least one of those lawsuits).

Even during her campaign, she misled people into believing that she had lived here for at 3-5 years prior to running– but the truth was, she filed to run for council less than 6 months after moving to Newport Beach.   Why would she lie about something like that?  Clearly, she thought that other people would view her bid for office in a negative light, so she spun the narrative– and oftentimes outright lied.

Despite the shocking revelations that a politician lies routinely, there are still some who think that Dixon really just wants to be a great city councilperson.  Well, that’s all fine and dandy, but if I wanted to be a star NFL quarterback, that doesn’t mean I’m remotely qualified to be one just because I want to be one.

But what happens when we elect someone who has no clue about the history of our beautiful city, no feel for the culture, and wants to come in and rearrange how we live our lives?  We get a councilwoman who has:
– attempted to pass the Lights Out at 11pm ordinance, closing our historic establishments
– literally has always voted to raise taxes
– voted to ban bicycles from the boardwalk (and put them in the middle of the street instead!)
– has launched a crusade to dismantle Dog Beach (which we are still fighting in an attempt to save)
– was the only person on our current council who voted to erect the $270,000 road sign that says “Welcome to Balboa”– a cost coming in at tens of thousands of dollars more expensive than the infamous bunnies
– voted TWICE to affirm the very dock tax that she ran a campaign on to “Stop the Dock Tax”
– and while she ran on fiscal responsibility, has concocted a “free trolley” system that by the city’s own estimates costs the taxpayers $22 per person, per way.  That means a family of four taking the bus two ways will cost taxpayers a whopping $176 dollars– instead of the all-in cost of $14 for an Uber, or $0 for a Downtowner.

With nothing vested in our community or our culture, she has systematically voted to make Newport Beach more like her lifelong home: LA.

The community, wildly disappointed in the way she has been behaving, has responded by donating virtually no money to her campaign, leaving it upside down, with $15,000 in debt and $10,000 in the bank. Look at the list of donors here and you will see; they are almost all lobbying groups:

Dixon’s “Q&A” sessions are scheduled to occur on A Street & Balboa and also on Lido Isle, where she will doubtlessly continue with her classic stump speeches, lying about her past and promising precisely the opposite of what she actually delivers.  But ask yourself one question: after many years on the council, shouldn’t she have people flocking to donate money to her on her own merit?  These “Damage Control Campaigns” are more telling than she likely realizes.

Mike is the founder and publisher of Save Newport and Chair of Government Relations for the Elks Lodge. He writes, shoots photos, and edits, but much of the time, he's just "the IT guy". He can be reached at: Google+, Facebook, or via email, at michael.glenn@devion.com
@Save_Newport
Previous Perseid Meteor Shower Tomorrow Night (It’s gonna be quite a show, too)
Next Throwback: The Bay Arcade