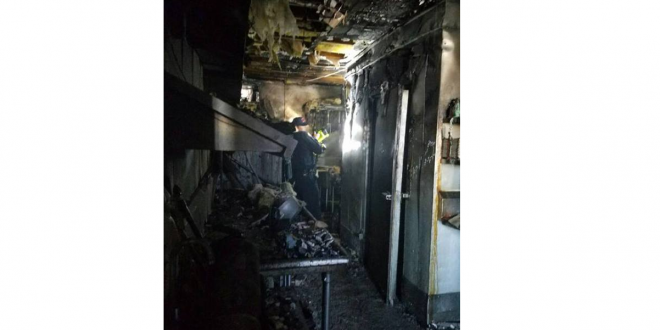 Saturday night at about 2am, NBFD responded to a fire at Ho Sum Bistro which caused minor structural damage but caused about $250k in damages to the building facade and another $200k in damages to equipment and other property.  One Newport Beach fire fighter suffered minor injuries and was taken to Hoag and later released.  The exact nature of his injuries are unclear at this time, but reports from NBFD members emphasized the amount of thick dark smoke in the area.  Firefighters searched the area for people as a first priority, and then extinguished the flames.

Representatives from Ho Sum have said they intend to rebuild. Mike is the founder and publisher of Save Newport and Chair of Government Relations for the Elks Lodge. He writes, shoots photos, and edits, but much of the time, he's just "the IT guy". He can be reached at: Google+, Facebook, or via email, at michael.glenn@devion.com
@Save_Newport
Previous Happy Fathers Day!
Next Mysterious Boat Washes Ashore in Newport