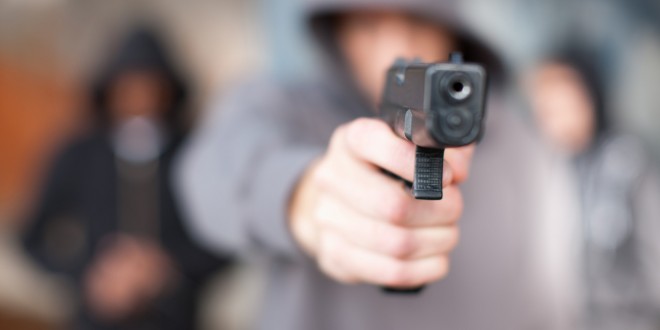 Man with gun pointed at camera

“Newport Beach” and “Mexican Drug Cartel” aren’t things that generally roll off the tongue in the same sentence. That’s because Newport has had pretty sensical drug laws and never really rocked the boat– until today. Tonight, at the City Council meeting at 7pm in the Newport Beach City Hall (100 Civic Center Dr, Newport Beach, CA 92660), the City Council will be taking up a vote as to whether or ban medical marijuana.

“But wait”, scream the crowds, “won’t a ban on marijuana keep the drug gangs OUT of Newport?”– No, it will bring them here. Here’s why:

Currently, the system in Newport Beach is a quiet, free market system. A website called WeedMaps shows dozens upon dozens of marijuana delivery options right here in Newport– so there is obviously a need.  Ever hear about drug dealers shooting it out in the streets of Newport?  No, because we allow the free market to handle the situation, and allow business operators to conduct their business (mostly) above-board.

Black market, though, is where the danger comes in.  Let’s pretend you were a black market pot grower.  Are you going to thumb through the Yellow Pages to find the best person to create an indoor growing room?  To install high-powered lights that mimic sun rays?  To create any necessary plumbing, would you call Mike Diamond?  No.  You’re going to call your cousins friends sisters boyfriends neighbor who once told someone that he had an interest in being an electrician.  And he will do a job that represents exactly that– causing a fire hazard.

Pushing businesses into the black market INHERENTLY makes them un-safe.  When we did it with prohibition, we had uncountable masses poisoned by bathtub-brew– with zero accountability.  It also created a high risk for these brewers, so they were able to charge more for their services.  To protect this high income, the Italian Mob was created– all of these scenarios are exactly what caused the Mexican Mafia, as well.

But the Mexican Mafia doesn’t operate here in Newport– why?  Because we simply let the free market work.  This “Reefer Madness” type of vote will simply make it more dangerous for both patients and operators to navigate the marijuana space in Newport Beach, and the white collar businesspeople will leave.  Who will fill their void?  People who thrive in high-risk drug-dealing zones: Cartel gangs.

Now, don’t get me wrong: I don’t smoke pot.  And I don’t advocate for anyone in California doing it without a medical marijuana recommendation from a doctor– but there are tons of things I don’t like that other people do.  I don’t like cake (don’t tell anyone or the universe will hate me).  However, I am not lobbying to have the government use force to shut down bakeries.

So I think it is clear that pushing pot into the black market will only increase the risk of things like fire and unscrupulous characters who operate in Newport Beach, but what about that darn smell?  Well, as it turns out, I was unable to locate a single complaint about marijuana smells in the city.  Not one.

Now let’s pretend there are LOTS of complaints about the smell– which there are not– the logical way to draw up an ordinance is by “saturation (parts per million)”– not “smell type”.  This allows a quantifiable way to measure and ticket, and provides a reasonable threshold of expectation to all parties on all smells, forever– but that is not what is being proposed.

The most hilarious part of the ordinance?  It could be totally un-enforceable, as-is.  The way it is currently written, it says that it is designed to ban all chemical compounds of the marijuana plant– but I don’t think that anyone who wrote the ordinance realized: Water is a key chemical compound in all plants, including marijuana.  Our local city government is about to ban dihydrogen monoxide.  We cannot ban water in the same breath as pot and then only use selective enforcement against pot.  This is why laws must be written accurately, and with common sense– neither of which is happening in this instance.

Now, anyone who votes to ban this and doesn’t realize it will be welcoming violent drug gangs into our small beach town simply isn’t able to see more than 5 feet in front of their nose.  Frankly, those who vote to ban it should be drug tested themselves 🙂 .  The ramifications of this vote are obvious, wide and stand to threaten our quiet life in Newport Beach as we know it.

If you don’t want our government destroying the free market, banning pot, inserting the government into the doctor-patient relationship, or welcoming drug gangs into our city– write them and tell them so.  Email them at citycouncil@newportbeachca.gov or show up tonight at 7pm at the Newport City Hall to speak your mind.

Mike is the founder and publisher of Save Newport and Chair of Government Relations for the Elks Lodge. He writes, shoots photos, and edits, but much of the time, he's just "the IT guy". He can be reached at: Google+, Facebook, or via email, at michael.glenn@devion.com
@Save_Newport
Previous Team Newport critic Herdman Files for Council
Next Industry Halloween Contest: Results Are In